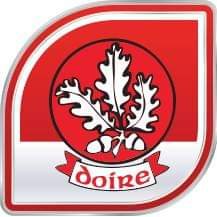 Derry star Shane McGuigan had plenty of reasons to be happy after playing a major role in his side's 0-20 to 0-16 win over Leitrim in the Allianz Division 4 Final at Croke Park.

He was very much to the fore in the second half.

His tally for the game was 0-6, with two from frees.

As he told the assembled press afterwards, the venue has not been the happiest one for him in the past.