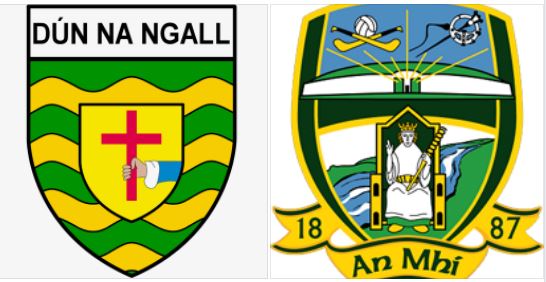 Meath are returning to the top tier of the National Football League for the first time in 13 years.

They topped Division Two and will face off with Donegal in the divisional final on Saturday at Croke Park.

Mickey Burke is the county’s only survivor from their last appearance in Division 1 back in 2015.

One player who will have a foot in each camp is Wolfe Tones man Thomas O'Reilly.

There won't be a clash of colours in the O'Reilly household on Saturday morning, but the loyalties could be divided.

Meath’s last defeat was at the hands of Donegal in the second round of games but Andy McEntee’s side have gone undefeated since.

He feels Donegal will be stronger than in their earlier meeting…

Highland’s coverage from the Division Two League Final between Donegal and Meath at Croke Park - is in association with GAL OIL - Fuel You Can trust at Clady Bridge Castlefin. Your One Stop Shop for all your fuel needs, with top rates given on sterling.

March 3, 2021
A Donegal Deputy is calling on the Government to scrap what's been described as a Fianna Fáil developer scheme. Deputy Pearse Doherty believes that it...