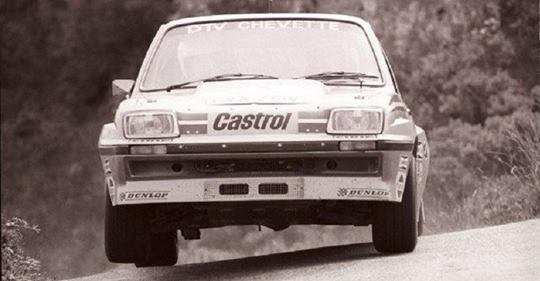 Jimmy McRae, the 1980 Donegal International victor and multiple British and Irish rally champion, has confirmed his attendance at this year’s Déjå Vu Donegal, the massive rally reunion which will take place on the 30-31, August 2019.

He will be reunited with a Vauxhall Chevette HSR, similar to the Group 4 car that he and Mike Nicholson drove to victory thirty-nine years ago.

The full time Dealer Team Vauxhall driver, had won his first of seven Circuit of Ireland Rallies that year and his Donegal win eased him on his way to the Irish Tarmac Championship.

Jimmy is the sixth former winner to confirm they will be taking part, along with James Cullen, Cathel Curley, Rory Kennedy, Austin McHale and John Lyons.

More details are available at http://www.rpm-motorsport.com/tours/donegal.php