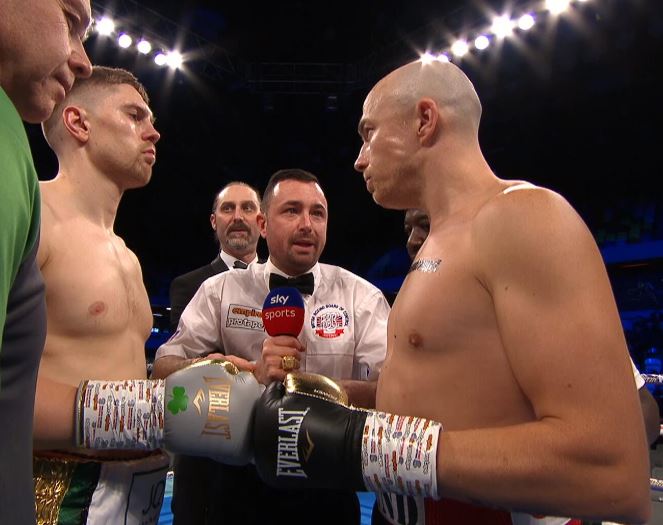 Jason Quigley has moved to 16-0 (12 KOs) in his professional career following his stoppage of Finnish opponent Mathias Eklund at the Copper Box Arena, London on Saturday evening.

It was a destructive performance from Quigley who wobbled Eklund early in the second.

The Finn had never been stopped before but the power of Quigley's punches were too much and the referee waved it off.

The Ballybofey boxer will now look ahead to what he hopes will be a busy and productive 2019 and said after the fight that he hopes to box for a world title within the year.

👌 COMFORTABLE! @jay_quigley eases to victory in the 2nd round at the Copper Box. He's now keen to have more fights in the UK & Ireland! 🇬🇧🇮🇪

📺 Watch all the action LIVE on Sky Sports Main Event from 7pm! pic.twitter.com/tVCQ2UgM9W