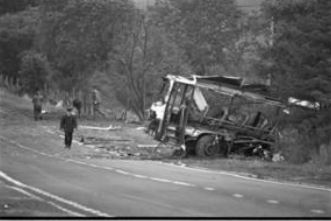 In Tyrone, hundreds of people have attended a memorial service for the victims of the Ballygawley bus bombing, marking 30 years since the attack on an unmarked bus full of soldiers which was travelling towards Omagh.

Eight people died and 28 were injured when the Provisional IRA detonated the bomb shortly after midnight on August 20th, 1988.

Relatives of the dead and survivors of the bombing laid wreaths near the scene today, and a new memorial was unveiled.