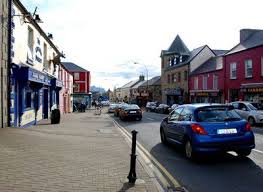 Almost 40 per cent of the country's rivers, beaches and harbours are littered.

Kinsale Harbour in County Cork and Salthill in Galway scrubbed up well - they were declared clean to European norms. In Donegal, the survey has classified Killybegs and Bundoran as 'Moderately Littered' and 'Littered' respectively.

Only 8% of areas surveyed by IBAL were deemed 'clean'.