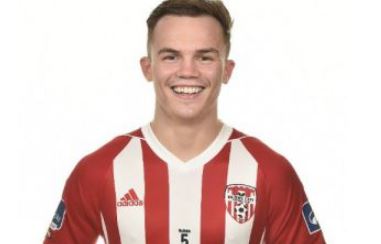 Derry City will face Cobh Ramblers in the EA Sports Cup final after the overcame Sligo Rovers at the Showgrounds.

Rory Hale hit the back of the net as Derry beat Sligo by a goal to nil, after the home side had defeated them in the league on Friday night.

Derry Goalkeeper Gerard Doherty earned warm praise from his manager following an outstanding display on Monday which brings Derry into their first Cup Final appearance since they won the competition in 2011.

Derry and Cobh will face off on Sunday September 16th after Cobh overcame Dundalk by a goal to nil at St. Coleman's Park.