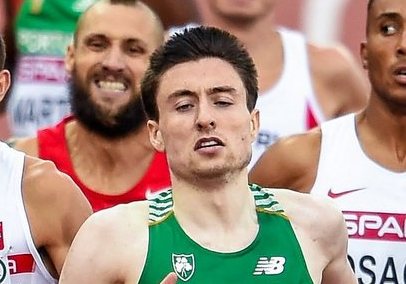 Following an injury scare in recent week the Letterkenny man returned to form to take yet another crown.

The Letterkenny A.C. runner took a brilliant silver in the 1500m powering from fourth to second in the closing stages.

Elsewhere over the weekend, Bronze medals were won by James Kelly in the Shot, Kelly McGrory in the 400 Hurdles, Ann Marie McGlynn in the 5000m and Gareth Crawford in the Javelin.

Highland's Athletic Correspondent Patsy McGonagle has the story of day 2 at the Morton Stadium...