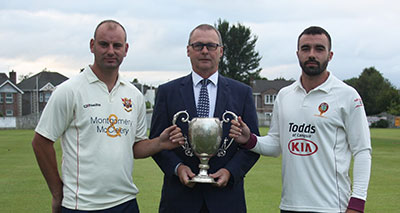 There will be a new name on Cricket’s North West Senior Cup this year.

After Donemana had won six titles in a row, Brigade and Eglinton will battle for 2018 crown which starts today at Bready.

Brigade last lifted the cup eight years ago while Eglinton were champions in 2006.