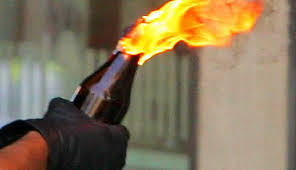 There's been a sixth ninth of violence in Derry, with trouble breaking out in the Bogside area just before 9pm.

The PSNI says two improvised explosive devices were thrown at police officers during a prolonged and sustained attack, in which 74 petrol bombs were thrown.

During last night's disorder, four baton rounds were fired by police, and three men were arrested, aged 18, 22 and approximately 50.

The 22 year old had been arrested for attempted murder.

Speaking in the cithy this morning, Superintendent Gordon McCalmont said he is saddened, disheartened and frustrated that yet again, police officers committed to keeping the local community safe have been attacked by a small number of people within it.

It is nothing short of a miracle, he said, police that officers were not injured.

He added that while many of those involved in the attacks are young people, it is clear that this is being orchestrated by a more sinister, adult, violent dissident republican element.

Calling on every community leader and person with influence in Derry to help stop these attacks, Superintendent Mc Calmont said this cannot continue. This must end now.