Frank McGlynn says Donegal are refocused for the Super Eight’s of the All Ireland Championships.

Donegal go into the next phase of the summer as Ulster Champions having defeated Fermanagh in the provincial final at the end of June.

The last time Dublin lost in the championship was in 2014 and that was the All Ireland Semi Final against Donegal.

Frank McGlynn was one of the Donegal guard that day and the Glenfin man is back to playing his best football again in 2018.

Frank spoke with Tom Comack ahead of the group stage games...

Donegal v Dublin in the All Ireland Super Eight's will be LIVE on Highland this Saturday evening from 6.45pm in association with GAL OIL – Fuel You Can Trust at Clady Bridge, Castlefin. 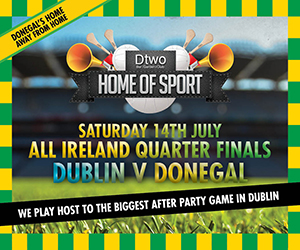