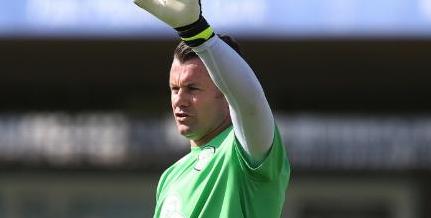 The 42 year old former Republic of Ireland international has agreed to become goalkeeping coach at the Pride Park club.

The Donegal man will join the Rams on July 9th.

He will be joined by Chris Jones, who has been appointed first-team coach after leaving Chelsea, and Stephen Rands, who joins the club from Manchester City as head of performance analysis.