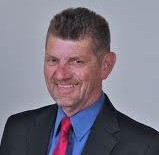 A motion of no confidence in the Deputy Mayor of Derry City and Strabane District council was passed last evening.

The Councillors voted 25 to 1, following pressure for Councillor Derek Hussey to step down over his drink driving convictions.

Before the Council meeting commence, the UUP took the decision to withdraw Alderman Hussey's nomination to the Policing Community Safety Partnership on the grounds of his workload as Deputy Mayor

Bobby Bradley, whose son Robert was killed by a drink driver told today's Nine til Noon Show that the UUP's decision was an insult to families who have suffered loss at the hands of a drink driver: