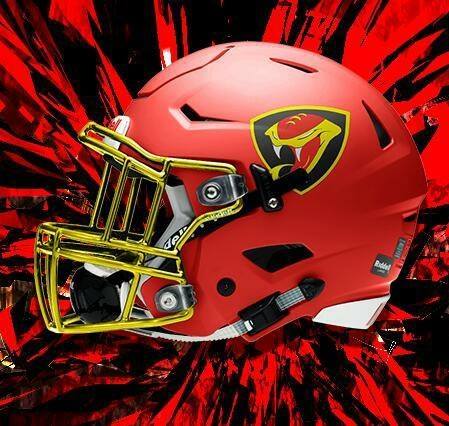 The Donegal/Derry Vipers won 20-0 against the Meath Bulldogs yesterday away from home in their last away game of the regular season and take IAFL1 North with 2 games to spare.

The Vipers have a semi-final to look forward to now after winning 5 of their 6 games so far in the regular season. They have scored 148 points and conceded 60 so far, making them the best ranked Offence and Defence in the North.

Plenty of football left in the season but we now have a semi-final to look forward too. It is likely they will be playing the Dublin Rhinos from the Southern division in the play off semi's and if the Wexford eagles continue their unbeaten run, including a 30 point victory against the Vipers in the second day of the season, another showdown with the Eagles in on the cards for the Bowl Final provided both teams are victorious in their semis.

Gary Melly had 2 PATs (Points After Touchdown) after 2nd and 3rd TD.