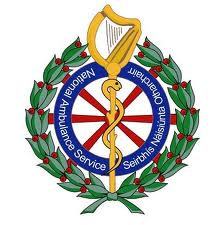 The Director of the National Ambulance Service has offered sympathies to the family of a patient who passed away after waiting over an hour for an ambulance to arrive at the property, situated just 5 minutes from Letterkenny University Hospital.

From the time the initial emergency call was received it took 1 hour and 11 minutes for the ambulance to arrive as the nearest available ambulance was based in Dungloe.

By the time the crew arrived on the scene the patient was in cardiac arrest and did not survive.

In a statement issued to Highland Radio today, the NAS have confirmed that an emergency call was received from an address in Letterkenny at 5:20am that a female patient was unwell, weak and shaking.

The call was triaged and the emergency dispatcher allocated at 5:23am the closet available emergency ambulance which responded from Dungloe ambulance station.

The NAS say all other ambulance vehicles were engaged and repeated attempts were made to obtain emergency ambulances release from Letterkenny University Hospital Emergency Department.

An emergency ambulance became available at the hospital, arriving at the address at 6:31am while the Dungloe stationed ambulance arrived at the scene shortly after at 6:35am.

Within that time, two further calls were made from the address in Letterkenny to the NAS.

Upon arriving on the scene, the crew continued to provide CPR as the patient was in cardiac arrest but sadly the patient did not survive.

Martin Dunne, Director of the National Ambulance Service says the NAS wishes to express its deepest sympathies to all the family. 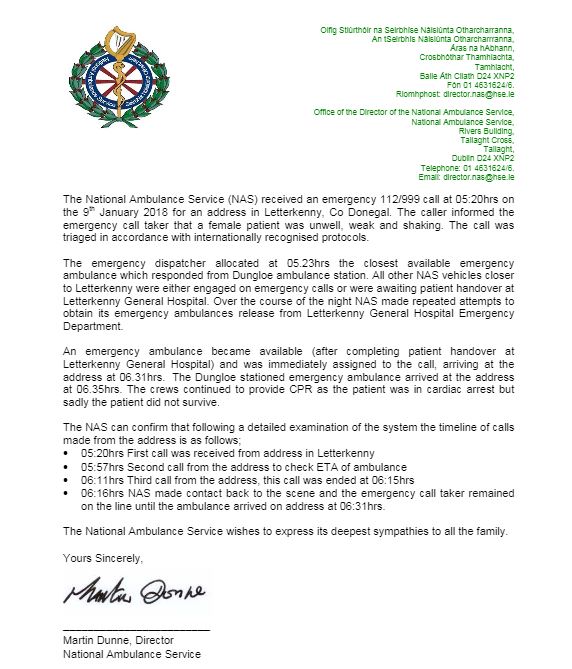