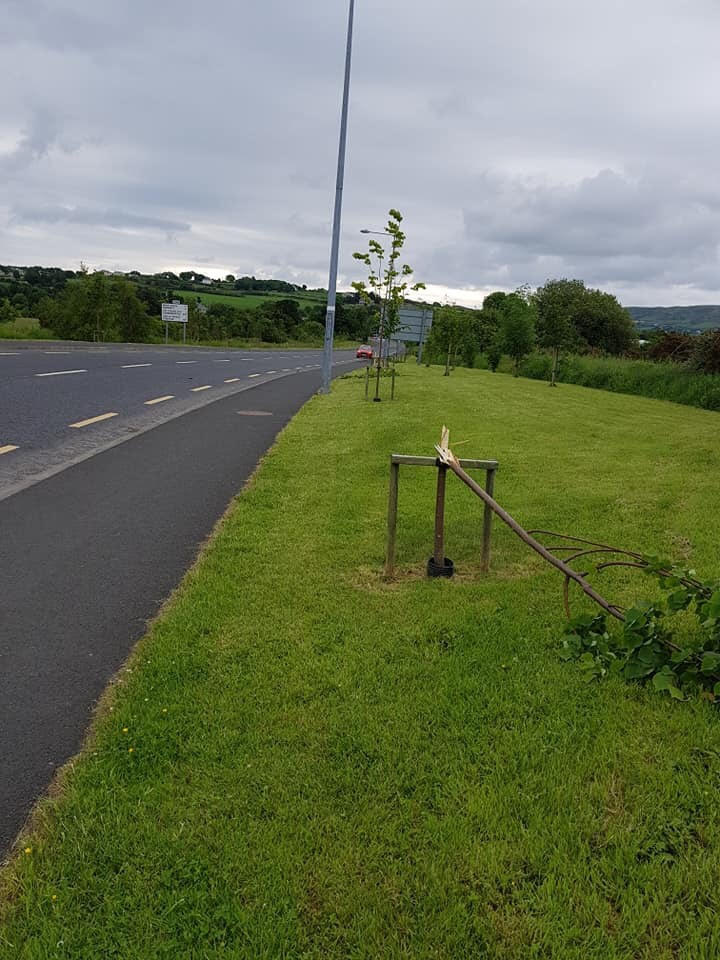 Locals in Carndonagh are said to be outraged after discovering a number of young trees broken and vandalised yet again.

The incident is thought to have happened either on Saturday night or in the early hours of Sunday morning on the Slí na Sláinte route outside the town.

It follows another similar act of vandalism in the town in recent months - 14 trees were destroyed by vandals earlier this year.

Cllr Albert Doherty has hit out at those responsible: