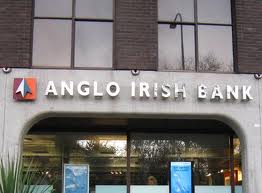 Anglo Irish Bank's former CEO David Drumm has been found guilty of taking part in a € 7.2bn conspiracy to defraud investors and depositors.

He was also found guilty of false accounting in December 2008 by furnishing incorrect information to the market about the strength of Anglo's deposits.

In a statement this evening, Donegal TD and Sinn Fein Finance Spopkesperson Pearse Doherty welcomed the conviction, saying after 10 years, the Irish people are finally seeing some justice delivered.

The prosecution described multi-million euro circular transactions between Anglo Irish Bank and Irish Life & Permanent in Sept 2008 as "a massive con" designed to trick investors, depositors and lenders about the strength of the former bank.

David Drumm was accused of calling the shots and of conspiring with others to defraud. "The others" being Anglo's former Finance Director Willie McAteer, its one-time head of Capital Markets John Bowe and the former head of IL&P Denis Casey, all of whom were convicted of the same conspiracy charge two years ago.

Mr. Drumm accepted the transactions took place but denied they were fraudulent or dishonest. The jury disagreed after ten and a half hours of deliberations, thereby bringing the curtain down on an 87-day trial.

The 51year old sat in the dock with his legs crossed and arms folded. His left hand appeared to be shaking as the verdicts came in.

He has been remanded on continuing bail ahead of his sentence hearing which is due to take place in a fortnight.