Poldark star Aidan Turner happily switched horses for the hit TV drama when he discovered it would make him appear taller.

The heartthrob actor, 34, is returning for the fourth season of the Cornwall-set saga with his trusted horse Seamus, who has been with him since the first episode of Poldark.

Turner told Radio Times: "When I first went up to Yorkshire to choose a horse, Seamus wasn't my favourite.

"Initially, I preferred a horse called Jonny Wilkinson because he's a lot bigger and quite a goer. The two of us together made trainer Mark (Atkinson) quite nervous, so he persuaded me to go with Seamus.

"Cleverly, he said, 'You look great on Jonny, but you look better on Seamus - he's smaller, so he makes you look bigger.' I immediately switched horse!" 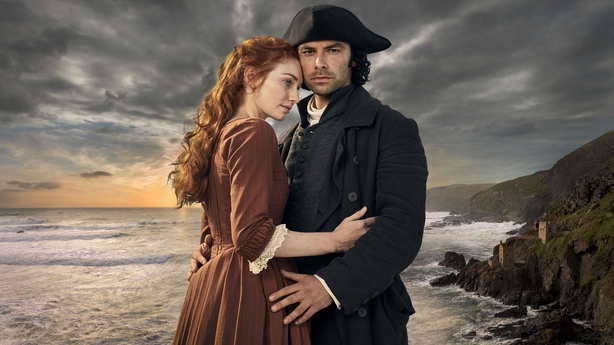 Turner, who plays Captain Ross Poldark in the BBC1 period drama, said of his affection for the animal: "I do pet and hug him a lot. And sleep on him. Between scenes I sometimes have a snooze.  We really are close."

But the Dublin-born actor, who said he and his horse have "similar personalities", admitted that his co-star Eleanor Tomlinson (Demelza) is the better of the two when it comes to equestrian matters.

"So much for Poldark saving his damsel in distress - in reality it's more than likely the other way around!," he said.

Turner said of plans for a fifth season, rumoured to be the show's last: "More riding, less House of Commons, please! Because I don't know if anything will ever beat riding along that beach for me."