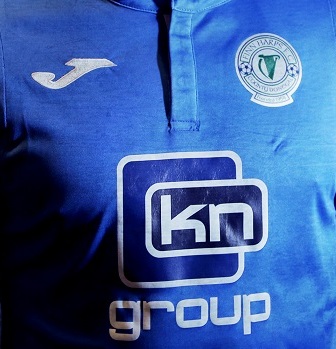 Finn Harps will look to consolidate their attempts to stay in promotion contention by trying to get the better of Longford Town in Ballybofey tomorrow evening (kick-off 5.00).

However, Harps boss Ollie Horgan says that it will be big test against a side that defeated fellow promotion contenders Galway Utd on Friday night despite being down to ten men from before half-time. “Longford showed their credentials on Friday night with that win over Galway who are a decent side. The fact that they got the three points playing with ten men for half the game shows the challenge we have on our hands tomorro evening.

Longford is probably the best footballing side that we have come up against this season.
They destroyed us when we played their earlier in the season but then got out of jail with that late Sam Todd goal. They have the likes Dylan McGlade, Sam Verdon and Chris Mulhall who have quality and experience. It was great for us to get the win over Athlone but that’s in the past now. The lads have to go out and do even better to get the better of Longford” Horgan said.

In team news Ciaran O’Connor is a doubt as is Gareth Harkin. Liam Walsh, Adam Duffy, Mark Timlin and Lee Toland remain out.