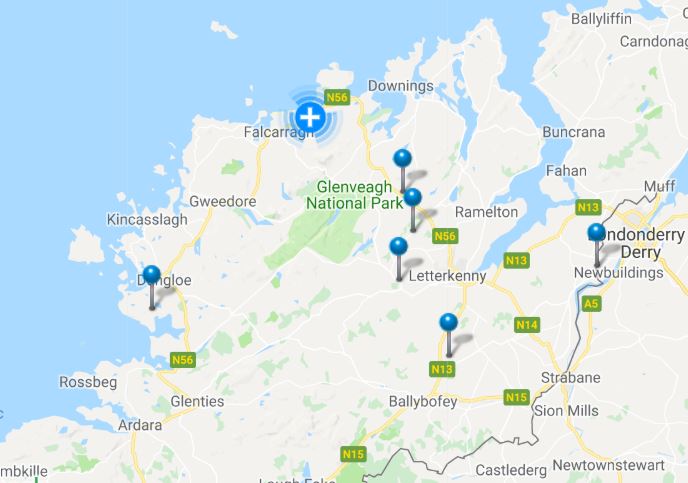 Hundreds of homes in Donegal are without power following thunderstorms this afternoon.

It's hoped power will be restored to most areas by 7 o'clock this evening.

A status orange thunder warning has been issued for 16 counties, including Donegal, Sligo and Leitrim.

Met Eireann issued the alert, which is valid until 10 o'clock tonight.

The warning says there will be severe thunderstorm activity in the affected areas over the next few hours.