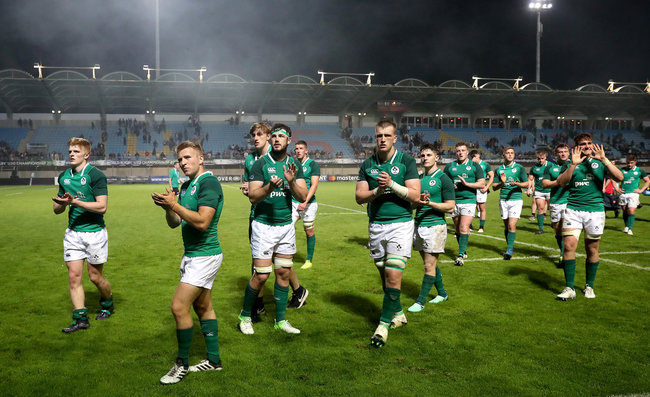 The Ireland Under 20s face a must win match against South Africa on Sunday, having lost their opening game at the World Championship to France on Thursday evening.

Noel McNamara's side led by 12 points at half time, but the tournament hosts scored three tries in quick succession after the break.

Watch the highlights below.