Donegal County Council is to write to the Health Minister and the Saolta Hospital Grop seeking the opening of a Maternity Theatre at Letterkenny University Hospital.

The issue was raised by Cllr Liam Doherty, who told a meeting in Lifford this week that the theatre could be commissioned as part of a programme to address wating lists, but that hasn't happened because staffing levels are not increasing. 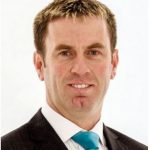 Cllr Doherty says one standard operating theatre at the hospital has to remain free at all times in case it's needed for emergency childbirths, while the maternity theatre is lying idle.