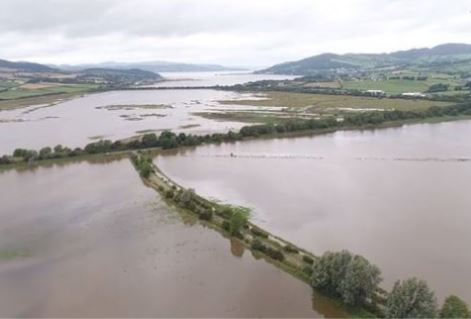 The Loughs Agency has confirmed it intends to implement remedial measures in the Sperrins and other areas affected by the flash flood last August, particularly in terms of replacing fencing.

Welcoming the announcement, West Tyrone MLA Declan Mc Aleer said over £400,000 has been allocated from the Department of Agriculture for the project.

At present, the agency is surveying all the affected catchments, including the Glenelly River, Owenkillew River, Burndennet and Faughan.