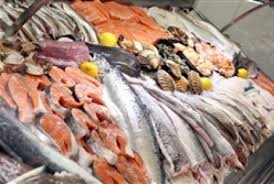 Over €300,000 in funding has been earmarked for coastal and marine projects in Donegal.

The county is to get the second highest allocation in the country under first round of EMFF grants this year.

A total of 35 coastal and marine projects around Donegal are to get a slice of the funding.

The grants are co-funded by the Government and the European Union and are being paid out of a €1.6 million funding package awarded by seven Fisheries Local Action Groups under the European Maritime and Fisheries Fund Operational Programme.

In total 141 coastal based projects are being supported in this round, supporting overall investment of €2.7 million for the seafood sector.

In a statement, Donegal Minister Joe McHugh said that this money will go a long way to making big differences to communities’ right around the county.

“The variety of projects, festivals, community groups and associations being supported here is a mark of the dedication and perseverance of volunteers who put so many long hours in to making their groups and events a success.