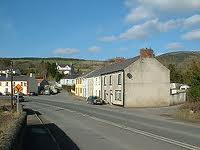 The Taoiseach has been called upon to intervene and ensure flood-relief funding is granted for Burnfoot.

Last week, over €250 million in funding was announced for 50 new flood relief schemes across the country with Donegal receiving almost €6 million for flood-relief works at Lifford.

While it is expected that a major relief programme for Burnfoot will be announced in the coming weeks, Donegal Deputy Charlie McConalogue told the Taoiseach that promises have continuously been broken and it is now time the Government took action: