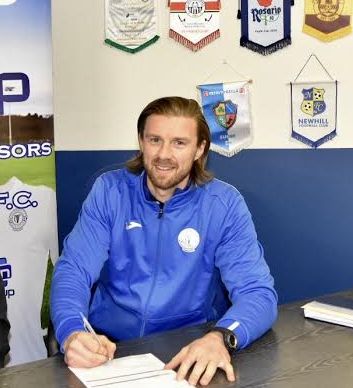 Finn Harps have announced the re-signing of Keith Cowan. The central defender missed all of 2017 Premier Division season after sustaining a horrific knee injury against St. Patrick’s Athletic at Finn Park the previous October.

Harps boss Ollie Horgan is pleased to have the 32-year-old Coaliste Ailigh Letterkenny schoolteacher in his squad for the 2018 League of Ireland Division 1 campaign. “Keith had been a very dependable defender for me prior to that terrible injury he suffered 13 months ago.

He’s done the rehab and it’s great to see him back. We will need his experience and hopefully now he can get his match fitness back to be play a big part for us this season” Horgan said.