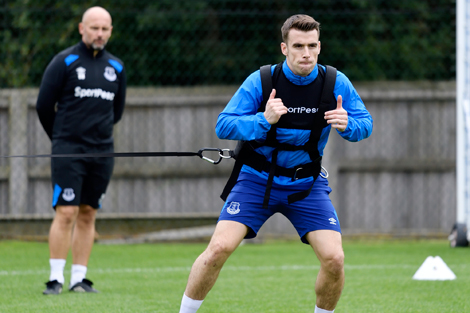 Seamus Coleman will make his return to action after 10-months out this evening.

The Republic of Ireland captain is set to play for Everton's under-23's against Portsmouth - his first game since a double leg break in the World Cup qualifier with Wales.

That game kicks off at 7.

With a competitive return to playing, it's already being suggested that the Killybegs man could be part of the Ireland squad that travels to Turkey for a friendly at the end of March.