Singer Ed Sheeran has shared news of his engagement and added that “our cats are chuffed as well”. The musician revealed he and girlfriend Cherry Seaborn are engaged on Instagram.

Sharing a photograph of them together with his more than 18 million followers, Sheeran wrote: “Got myself a fiancé just before new year. We are very happy and in love, and our cats are chuffed as well xx.”

Last year the singer credited Seaborn, who he has reportedly been dating since 2015, with nursing him back to health after he was involved in a bicycle accident. 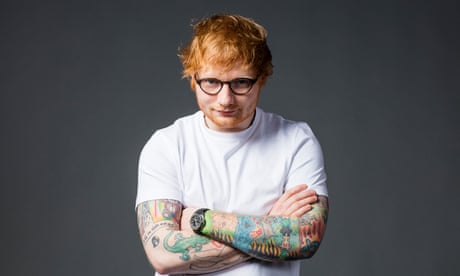 He told the Capital Breakfast Show that she “had to brush my teeth”, and later added she is a “good woman”.

The couple were childhood friends who attended school together in Suffolk, but only became romantically involved years later.

In February 2017, Sheeran alluded to their relationship on Radio 2, saying: “I spent every day for a year with this certain person, we kind of have a strong relationship now, which is good.

“I’m really secure now, we live together and we have cats, and I think when you have cats that’s kind of it.”

Seaborn, a keen hockey player, and Sheeran are rarely photographed together and keep their relationship very private. She attended a university in North Carolina and a biography on the university’s official website says she previously competed in the British University Ice Hockey Championships in 2012 and 2013.

She was believed to have been with Sheeran at a Buckingham Palace party in 2016 where it was claimed Princess Beatrice, 29, accidentally cut his face with a sword during a party prank.

Reports at the time alleged Beatrice swung a sword over her shoulder while she was pretending to knight James Blunt.

Blunt, a good friend of Sheeran’s, later cast doubts on the story, saying said it was a joke the pair had concocted.

Sheeran was recognised in the Queen’s 2017 birthday honours list where he received an MBE for services to music and charity.