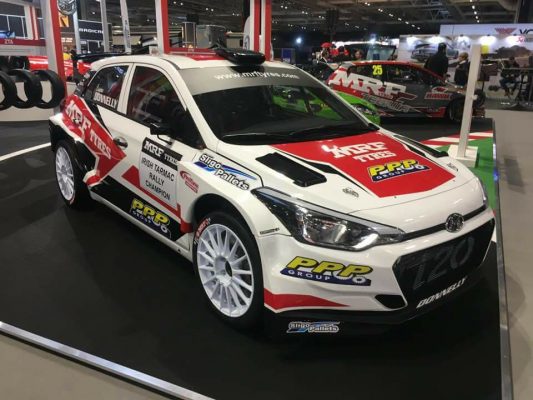 Eugene Donnelly is to make a return to the Irish Tarmac Championship in 2018.

The five time champions will compete in a new Hyundai I20 R5.

The car, which will be run by McGeehan Motorsport was on show at this years Autosport Show at the NEC in Birmingham.

The first rally for Donnelly and car will be West Cork on St Patrick’s weekend 17th and 18th March.

Kris Meeke and Citroen and Sébastien Ogier and Ford also unveiled their cars that will take on the World Rally Championship this year.