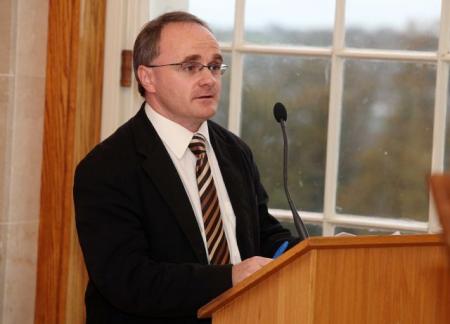 It's after a storm of controversy over a tweet, which families of the Kingsmill massacre found offensive.

In a statement this afternoon , Mr Mc Elduff apologised unreservedly for his actions.

He acknowledged it was il-judged and caused deep and unnecessary hurt and pain to the Kingsmill families.

In the video posted on twitter on the anniversary of the atrocity , the MP is seen balancing a Kingsmill loaf on his head.