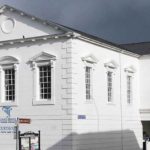 A 27 year old man with an address at Mountcharles in County Donegal has been sentenced to eighteen months imprisonment for kicking his own dog to death.

The case related to the brutal attack on an innocent Yorkshire terrier called Buttons on January 24th 2017.

Garda Sergeant Oliver Devenney told the court yesterday how the dog had been found with severe scorch marks to its body.

Christopher Foy, who had 33 previous convictions for a range of offenses including public order, theft and criminal damage was also banned from keeping animals for life.