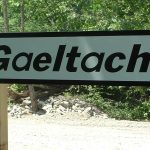 The funding has been approved by Údarás na Gaeltachta under the LEADER Programme.

In a statement Minister Joe McHugh these grants are important for work in sporting, community and recreational groups in Donegal Gaeltacht areas.

The funding will help the work of small businesses too and represent a valuable contribution to the way of life in the Gaeltacht.

This series of grants has been approved for groups and individuals where up to 75% of the project costs are granted under LEADER funding.

When the local contribution is taken into account the investment will total €154,726 and most projects consist of upgrading of public amenities and sports and recreational amenities.

These are the first projects that have reached the approval stage. Údarás na Gaeltachta hope to be in a position to bring other projects that are in the pipeline, for which considerable investment is being discussed, to fruition early next year.

Áislann Chill Chartha CTR €5,084 Installation of a sound system in a sports hall

Forbairt Dhún Lúiche €10,000 Refurbishment of the floor in a community centre

Coiste Forbartha Dhobhair CTR €14,045 Refurbishment of the floor in a community centre