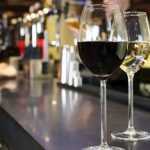 Some locals have expressed concerns about a Donegal nightclub's decision to open on Christmas night.

A special licence has been granted to the Limelight nightclub in Glenties to open at 1 minute past midnight - technically on St Stephen's morning.

It's thought as many as 16-hundred people will turn up.

Brian Carr from the local community development group - says the move's raised some eyebrows in the town:

May 7, 2021
The Nine Til Noon with Greg Hughes - Weekday's 9am to 12noon Magazine type mid morning chat show providing a forum for listeners to express...