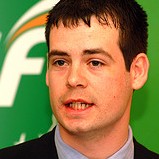 A Donegal Deputy has criticised the Government for continuing to fail in ensuring the inclusion of schools throughout Donegal in the DEIS programme.

Sinn Fein Finance Spokesperson Deputy Pearse Doherty raised the issue during a Topical Issue Debate in the Dail last night, calling for a review of the scheme after the latest Pobal HP Deprivation Index showed areas in Donegal are amongst the poorest across the country.

The Government did confirm a review of the programme would be completed in early 2018 however, no timeline was given as to when additional schools would be added.

Deputy Doherty says it is disappointing that the Government has taken this stance: