Work is well under way at Finn Park in preparation for the 2018 campaign with the SSE Airtricity League First Division kicking off on Friday, February 23rd.

Manager Ollie Horgan recently signed a new contract and has secured the services of Paddy McCourt, Aidan Friel, Ciaran Coll, Gareth Harkin and Shane Blaney for the new season with more signings on the way.

Teams will face each other three times in the new season with fixtures due to be confirmed on the 19th of December. The top team will be promoted automatically with 2nd to 4th entering a series of playoffs with the second last team in the premier for a place in the 2019 top flight.

Season ticket prices are below with great value early bird prices. Tickets can be ordered online from FinnHarps.com using Paypal or any major credit card.

Tickets will be available from the Finn Harps Clubhouse on weekdays from 10-5pm and Saturdays 11-4pm. 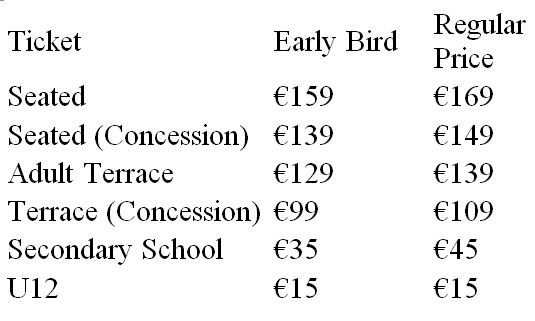