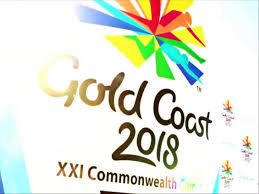 There could be three Donegal athletes on next years Northern Ireland Commonwealth Games team for Australia.

A member of the famous Magee family in Raphoe, Rachel Darragh, who is a niece of three time Olympian Chloe has been nominated by Ulster Badminton for the team.

Darragh has had a good year reaching the later stages of various tournaments in Scotland, Wales, Ireland and in Europe.

Castlederg native Lecky, was a gold medal High Jump winner at the Youth Commonwealth Games earlier this year in the Bahamas while McGuigan, who is based in American set a new personal best and Donegal record in the hammer this year.

The final decision in selection lies with the Northern Ireland Commonwealth Games Council which will be released on the 3rd or 4th January 2018.