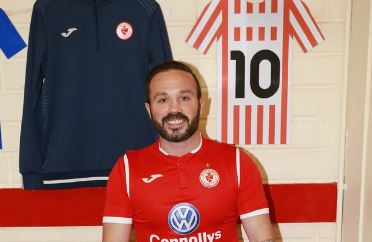 Sligo Rovers have confirmed that Raffale Cretaro has signed a new contract with the club and has been awarded a testimonial in his 17th season at The Showgrounds.

Cretaro first joined the club back in 2000 making his debut in September of that year.

He has been a constant presence at the club apart from single seasons with Galway United (2006) and Bohemians (2010), making it his 19th season overall in the League of Ireland.

He has the second most appearances in Rovers history as well the second top scorer.