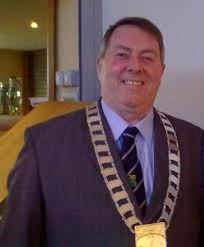 There's been another attempted break in at a service station, this time in Glenswilly.

Thieves attempted to break into Mc Fadden's in Glenswilly overnight, but it's reported they were disturbed and escaped empty handed.

Gardai have not issued any formal statements, but it's understood the investigation is looking at links to previous burglaries at similar premises across the county.

Gardai are also reported to be investigating an armed robbery at a bookmaker's premises in Raphoe on Friday night.