When you talk about Britpop in the '90s, there's names like Oasis, Blur, Suede, Kula Shaker - and, of course, Pulp.

Jarvis Cocker's physical demeanour and effortless cool was one of the defining traits of Pulp, and has become an icon of the era. But what's he been doing since? Well, hanging out in Paris, being named a "cultural ambassador" for Eurostar, and now being a bingo-caller in Belfast's Ulster Maple Leaf Sports & Social Club.

Sports journalist Laure James happened to be at the event, and was good enough to take a short video clip of Cocker calling out the numbers. Two little ducks, twenty-two. 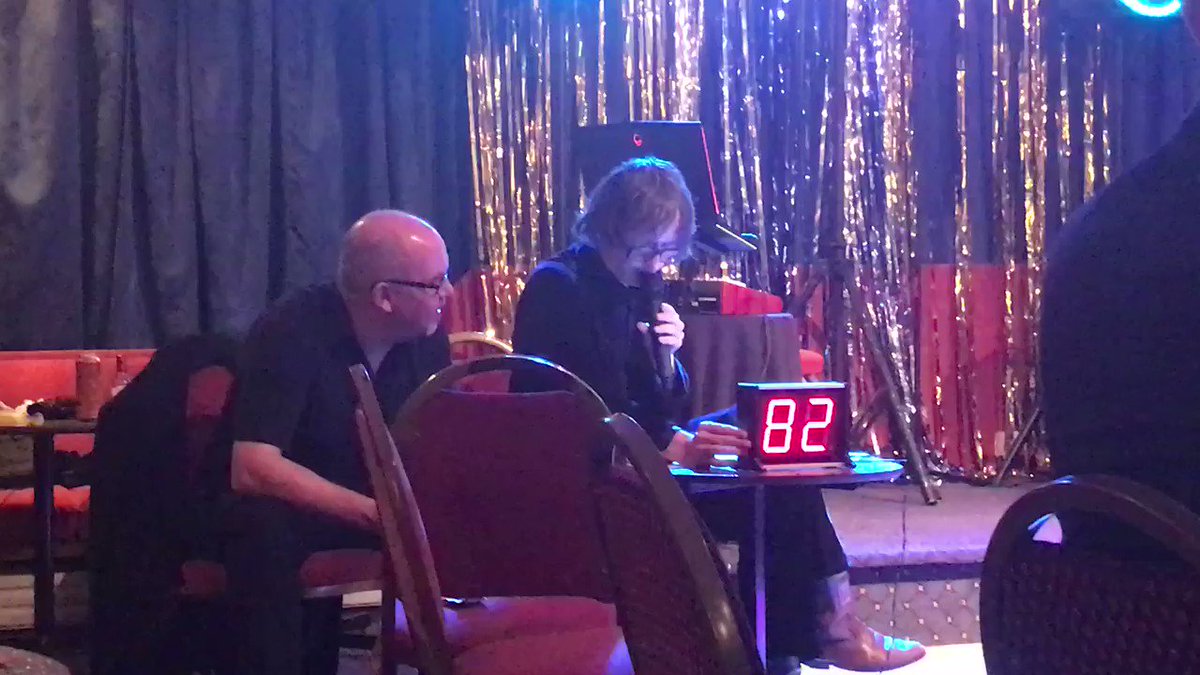 Glad to have spread true (helps as a journalist) and very positive news, given what we usually have to put up with. Here’s a clip. 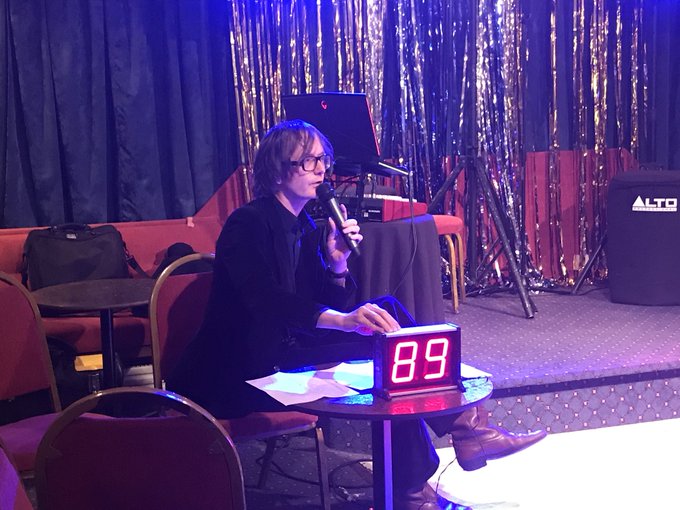 Well, to be fair, he did say he wanted to do whatever common people do.