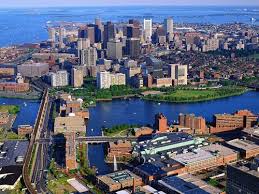 One of the senior political figures on last week's cross border trade mission to Boston says there is not doubt that the initiative will lead to investment and jobs.

Cllr Noel Jordan, the Leas-Cathaoirleach of Donegal County Council was part of the group which included representatives of Donegal County and Derry City and Strabane District Council, third level institutions, and 15 businesses from across the region.

He says some very important links were forged, and further contacts are planned.