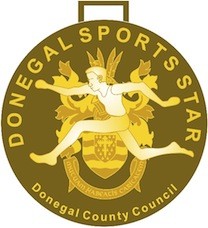 There is less than a week to go to the close of nominations for the 42nd Donegal Sports Star Awards.

So time now to get nominations in for those teams and individuals who have enjoyed sporting success in 2017.

The deadline for nominations is Friday the 24th of November.

Declan Kerr joined Chris Ashmore in studio with all the information on the Donegal Sports Star Awards...