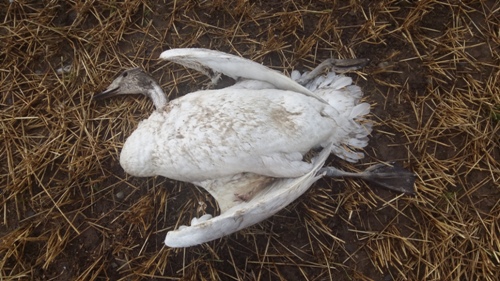 The ESB says it is exploring more options to prevent the further death of birds striking over head cables in Carrigans.

However since, two more swans have died after striking the wires - some locals are also complaining of power outages as a result.