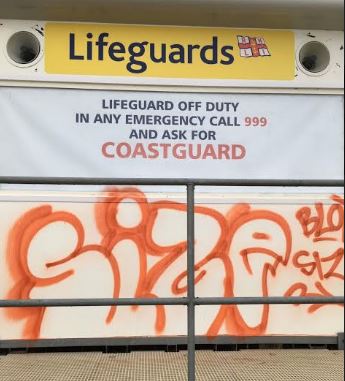 The RNLI beach lifeguard unit at Portstewart on the Causeway Coast has been completely covered with graffiti in an incident which is thought to have happened last night.

Signage belonging to the National Trust and the Causeway and Glens District Council was also impaired.

RNLI Lifeguard Supervisor Karl O’Neill says it is the worst damage he has ever seen to RNLI property. 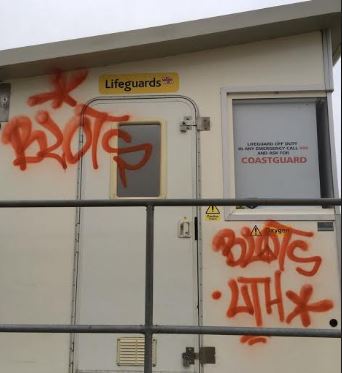 He says the unit has been liberally daubed with paint which will be very difficult to remove in an attack that shows a complete disregard for the lifesaving work the RNLI does.

The RNLI is working closely with the police who are appealing for anyone with any information to come forward.