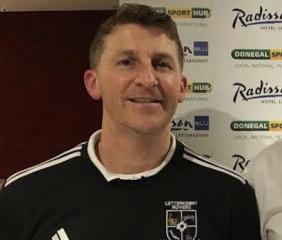 The tournament is being held in Galway from November 17-19 and Gorman, in his first year as USL team manager, has finalised his panel.

Five-in-a-row USL champions Cockhill Celtic have nine players included in the squad with
Letterkenny Rovers next up with six.

There are two players from Fanad United and Derry City and one from Bonagee United.
“The League’s quality has never been better,” Gorman said.

“There is a passion in this county to have intermediate football in Donegal. We have great
quality here in the seven teams and we’ll look to be competitive in the Interpros.”