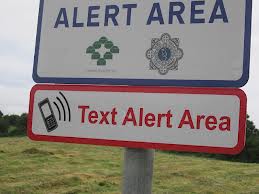 People in the wider Finn Valley area are being warned to be on the lookout for a number of vehicles acting suspiciously.

A white Toyota Hiace van with a partial registration SK and ECO written on the side has been sighted in Killygordon in recent days.

Meanwhile a dark Peugeot car has been also reported acting suspiciously in the area today.

The warnings have been issued via text alert by the Gardai and anyone with information is asked to contact Letterkenny Garda Station.