Broadway and Star Trek Discovery actor Anthony Rapp has accused Kevin Spacey of trying to seduce him in 1986 when he was 14 years old and Spacey was 26.

The two were starring on Broadway in plays Long Day’s Journey Into Night and Precious Sons and the incident allegedly took place at Spacey's apartment, after everyone had left a party there,

In an interview with Buzzfeed, Rapp alleges Spacey picked him up and put him on his bed “I was aware that he was trying to get with me sexually,” said Rapp to Buzzfeed News.

“He picked me up like a groom picks up the bride over the threshold. But I don't, like, squirm away initially, because I'm like, 'What's going on?' And then he lays down on top of me.” He said he was able to "squirm" away after a few moments and leave the apartment. He never spoke to the Oscar winner again.

Spacey responded via a statement on his own Twitter, also addressing his sexuality. 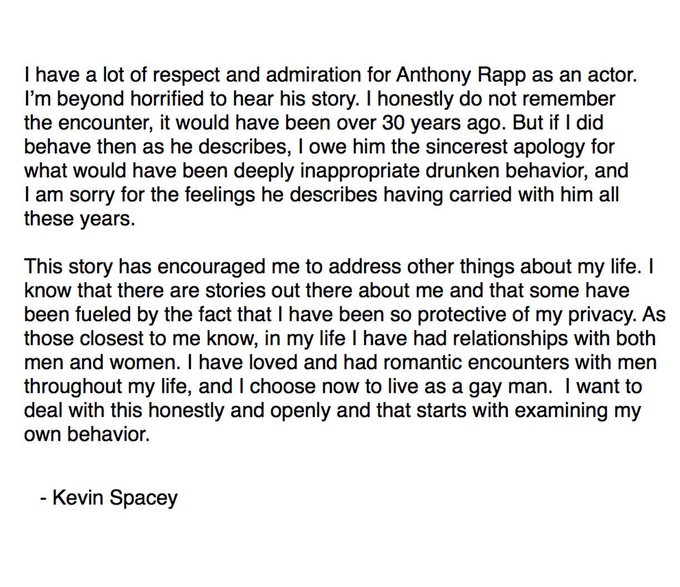