Can you guess what it is?

The author was given a sneak peek at a new Harry Potter exhibition at the British Library in London and teased fans with this pic on her Twitter account. 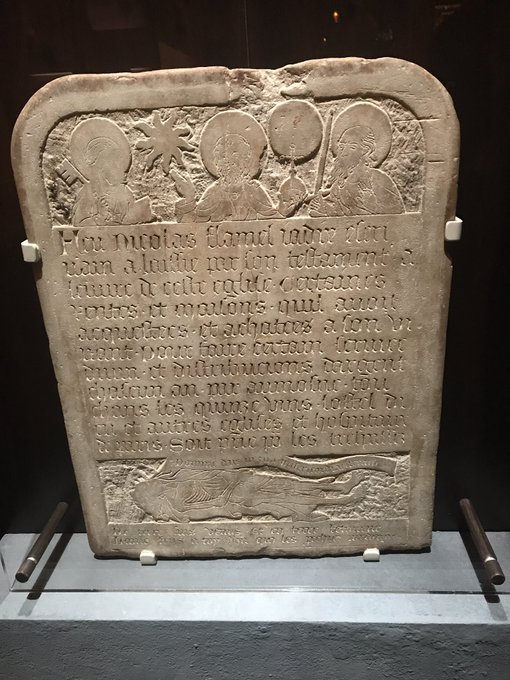 Guess what this is? I've just seen it and was mesmerised...

"Guess what this is?” she asked her nearly 13M followers, sharing a photo of a life-size gravestone. “I've just seen it and was mesmerised."

She soon cleared up what it was.

It is indeed Nicolas Flamel's headstone, viewable at @britishlibrary's Harry Potter exhibition! Just had a sneak preview & it's wonderful. https://twitter.com/catherinemass12/status/920233613291147269 …

He is known in the Wizarding World for discovering the Elixir of Life and co-created the Philosopher's Stone with Dumbledore.

There you go now.

Harry Potter: A History of Magic runs until February 2018.