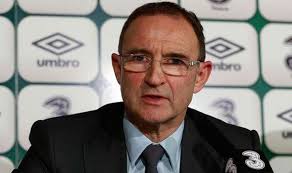 The Republic of Ireland host Moldova in a crucial World Cup qualifier tonight.

The Boys in Green head into their penultimate Group D game with the knowledge that manager Martin O'Neil has agreed a contract extension.

The former Leicester and Celtic boss is to remain in charge for the Euro 2020 campaign, although a contract has yet to be signed.

Ireland are without the suspended Robbie Brady and James McClean for this evening's game at the Aviva Stadium.