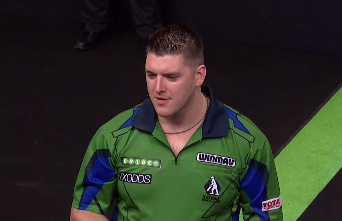 Derry's Daryl Gurney is through to the World Grand Prix quarter finals in Dublin.

He beat Joe Cullen 3-1 in second round action on Tuesday night at the Citywest.

He'll be back for a last eight match on Thursday evening against Robert Thornton.

Gurney will be in confident mood this week having already beat the fourth seed Adrian Lewis in the first round.

The quarter final line-up will be completed.

Third seed Peter Wright is the highest remaining seed, and he faces Mervyn "The King" King in the second round.

And Gerwyn Price is up against Benito van de Pas.