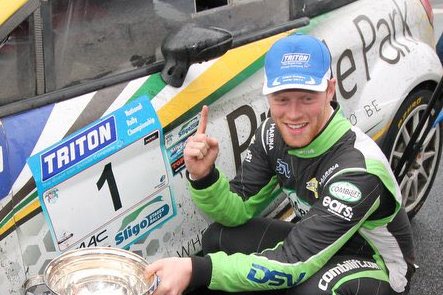 He added the Irish Tarmac series to his haul by winning this weekend's Cork 20 International Rally.

Sam and his co-driver Karl Atkinson had nearly five minutes to spare over the chasing field in their Ford Fiesta.

Alaister Fisher and Gordon Noble were second while Donegal pair Joseph McGonigle and Ciaran Geaney were third in their Skoda.

Donegal's Kevin Eves had already won the championship ahead of Cork but the Pettigo man and his Cork co-driver William Lynch won the National Category down in Macroom.

They had a 33 second lead over second placed Pauric Duffy and Kevin Glynn, with third placed Barry Meade and John McCarthy a further 38.5 seconds behind.